Chronicles and analyzes the hot button issue of illegal immigration as a cultural phenomenon: Why the nativists resist legalization and continue to demonize Hispanic immigrants. With reporting from Tucson, Washington, and New Bedford, this book offers fresh insights on a most vexing policy issue. View link to mit press

WASHINGTON SPECTATOR: "The GOP's Base and its Nativist Quagmire" (August 2015)

Huffington Post: The Immigration Debate is not about Legality (March 2015)

THE DEATHS OF OTHERS: The Fate of Civilians in America's Wars (Oxford University Press) examines the ways civilians have been treated in the U.S. wars in Korea, Vietnam, Iraq, and Afghanistan, and why. (2011) view

"This sad and gripping record of crimes we dare not face, and the probing analysis of the roots of indifference and denial, tell us all too much about ourselves. It should be read, and pondered." -Noam Chomsky 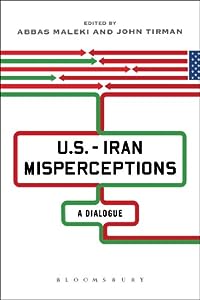 Gaza, Iraq, Syria, and the Construction of Empathy (August 2014)

Stumbling Toward the Finish Line: U.S.-Iran Peace Process (May 2014)

The Usual Suspects Aim to Spoil the Iran Deal (March 2014)

An elegantly written treasure trove of fascinating, forgotten, and previously unrevealed history. For those seeking to understand the roots of modern enmity between the U.S. and Iran, Becoming Enemies is a truly unique and wonderful resource.
-Karim Sadjadpour, Carnegie Endowment

"Urban Resilience in Situations of Chronic Violence" - done in partnership with Diane Davis and others. An innovative take on urban violence and how people cope. Done for USAID. Diane mainly wrote the study. I pieced together a shorter "toolkit." We presented at the agency and the Woodrow Wilson Center in July 2012.

The Iran Crisis, and Opportunity: a 2009 "white paper" about how to deal with a regime that is increasingly isolated and authoritarian.

The Iran Snafu (August 1, 2013): The problem with nuclear negotiations may be found in Washington. Read.

10th anniversary of the Iraq War: The Human Cost

An investigation of Petraeus and the torture team he assembled is needed right away, Huff Post, March 7, 2013

The "empathy gap" in regarding the Iraq War, and how similar it is to drone warfare, from OpenSecurity (March 18, 2013)

How the indifference to Iraqi suffering persists, in Huffington Post (March 17, 2013)

About the Mali intervention (January 2013) in the Huffington Post

Review of Martin Duberman's biography of Howard Zinn, from the Washington Post (Dec. 8, 2012)

The first prez debate was a disaster, and the next one could be too. Read.

On Libya: Intervention has its costs. Sept. 19, Huff Post.

Domestic terrorism and the right wing. It often seems that most of the political violence in this country comes from the extreme right. An analysis in Huffington Post.

The You Didn't Build That flap: my take in HP. (July)

A topic about which I feel strongly but about which I've done too little research and writing--climate change. In the Huff Post, July 1.

IS ISRAEL IT'S OWN WORST ENEMY? My March 12th Huffington Post column argues that it just might be.

A FEW COMMENTS ABOUT AFGHANISTAN and its puzzling disappearance from American political discourse are found in my Feb. 23 Huffington Post piece.

I TAKE UP THE HADITHA "VERDICT" IN ALTERNET Read.

New York Times op-ed ON THE FORGOTTEN WAGES OF WAR getting a lot of positive response (January 4).

MY WASHINGTON POST "OUTLOOK" PIECE in January 2012 has generated a remarkable amount of mail to me, nearly all of it thankful. This is heartening, of course, and I'm also struck by how many members of the military wrote to laud thepiece as well. Struck a nerve, clearly. Here it is.
The questions that keep rising are (1) why only post-1945 wars are analyzed; (2) are other countries any better; (3) are Americans really indifferent or merely misinformed. My answers (everything is discussed at length in The Deaths of Others) are: (1) I couldn't analyze all wars and so took the ones we are familiar with, but I do go into the war in the Philippines (1898-1906) in a little detail, and discuss the strategic bombing in the Second World War in the book. (2) Yes, I think other major powers exhibit similar behavior, but as I did not research it I can't say much definitive about it, but I'm an American, the U.S. engages in more wars than any other country, and so focusing America makes sense. (3) this requires a long response (again, in the book), but it's not necessarily the case the more and more accurate information will lead to more caring. (Jan. 12)

THE GOP'S BELLIGERENCY TOWARD IRAN is a demonstration of what I've been saying for months--if we don't learn the lesson of how destructive the war in Iraq has been, we will plunge toward another. By minimizing the casualties and other evidence of chaos wrought in Iraq, the political and opinion leaders in America are inviting the unwarranted sabre-rattling toward Iran. Read more in my first column for the Huffington Post. (Jan. 3).

A NOVEMBER 2011PIECE IN THE WASHINGTON SPECTATOR ASKS HOW WE WILL REMEMBER THE IRAQ WAR. By me. Reprinted in Firebrand. Read.

REMEMBERING HOWARD ZINN. I first met Howard Zinn in September 1972 when I entered Boston University as a PhD student, drawn there, mainly, because of him. Howard immediately impressed me in two ways: his warmth and informality, and his ferocious intellect. He was my teacher, but like hundreds of students before and after me, he also became my friend, and we remained so for the ensuing 38 years. I got to know his wonderful wife, Roz, and we would see or write each other somewhat frequently - though not often enough - over the years. His influence on me was enormous. He was further to the left than I was, but his way of thinking and writing critically was formative of my own.
Among his remarkable qualities was his self-deprecating sense of humor and his capacity - somewhat rare in the period of Vietnam protest - to balance his tireless activism with fun. He taught me that you can be fully human and be a committed social change activist. He also demonstrated, time and again, that no matter how famous and popular he became, he always had time for every one of his thousands of friends. I wrote an essay regarding one aspect of him and his legacy that I think has been overlooked. A special man in every way. From The Nation website: Read   (May 6, 2010)

The Real Threat Isn't from Muslims (March 2011) in the Boston Globe takes on the xenophobic Peter King (R-NY) who has the cheek to hold hearings on the "radicalization" of Muslims in America, when indeed nearly all terrorism springs from the right wing.

What Wikileaks' Iraq documents don't tell us (Oct 2010) - The revelations about Iraq and the civilian losses were buried, with the news media accepting the lowest estimated numbers of casualties. This article appeared in AlterNet.

The Twenty Years War: How and Why Iraq (August 2010) - We have fought a war lasting two decades in Iraq, including a sanctions regime that killed 500,000 children, and there is now a regime that is largely anti-American, pro-Iranian, unstable, and corrupt. For this, more than 1 million are dead, 5 million have fled, and the U.S. has burned up $3 trillion. What happened? This article appeared in the Boston Sunday Globe.

Now, more than ever: Obama needs a theme. He can rescue the frontier myth from the likes of Sarah Palin and use it to rejuvenate America's promise. The how-to is in this December 2008 piece in the American Scholar.

The Iran Crisis, and Opportunity: a 2009 "white paper" about how to deal with a regime that is increasingly isolated and authoritarian.

Human Cost of the Iraq War:

For news, reports, analysis, videos and blogs about the cost of the war to Iraqis

ESTIMATING WAR DEATHS: A VERY BRIEF PRIMER. So many people do not understand the methods used to estimate war mortality that I here give a little primer. The household surveys, or "population studies," used in Iraq by the Johns Hopkins University researchers (the "Lancet studies") and by the World Health Organization and the Iraq Ministry of Health are generally considered the state of the art method for estimating war-related deaths. The alternative--actual counting through news media, morgue, or U.S. military reports--have serious drawbacks.
The latter has come to be associated with the London-based NGO, Iraq Body Count, which mainly used English-language newspapers to count civilian deaths by violence. The principal problem with this is that one never knows what's being missed. Dexter Filkins, of the New York Times , one of the longest serving American reporters during the war, said during the height of the violence that “98%
of Iraq, and even most of Baghdad, has now become ‘off -limits’ for Western journalists.” This indicates that most of what is captured by journalists (and reporting deaths is not their main business) was in Baghdad. Yet we know from other sources, including the Multinational Force, that as much or more violence was occurring outside Baghdad. So a great amount of killing was missed. Other problems include what constitutes a violent death, who is a civilian, and other nagging issues that have never been adequately addressed, or addressed at all.
The population studies, by contrast, are randomized, nationwide surveys. They may get the sample wrong, but it's now been repeated enough to suggest a fairly decent accuracy. These surveys ask whether anyone in the household has died during the war, establish a prewar mortality rate, and calculate the difference. The Ministry of Health survey found 400,000 excess deaths--attributable to war--in June 2006; the Hopkins scientists found 650,000 at the same time. There was still a lot of killing to come.
There are other data--numbers of refugees and internally displaced (5 million), war widows (reported by the government to be 750,000), that tend to verify the household surveys.
The most authoritative review of all these estimates is found in the peer-reviewed journal, Conflict & Health.
So when I use a figure like 700,000 deaths in the Iraq War, I am being conservative. It could easily be 1 million or more, which is still well below the death rates for many armed conflicts. (January 6).

Iraq mortality study given thumbs up in JHU review:
READ

Analysis of the media controversy stirred by the National Journal   Annotated analysis.

A solid assessment here from Center for Media and Democracy